Double Handed back from St.Pierre

With the race done and the prize-giving finished we turned our attention to the return trip back to Halifax. With the weather on the race course having been headwinds the whole way one might be forgiven for thinking that the trip back would be a joyous downwind hustle to ‘make up’ for all the uphill work we did getting to St.Pierre. Experienced sailors will however recognize that that is just not how the ocean works. At any given moment one must always be aware when sailing 9/10ths of the world is straight upwind from your present position- its just the way it is- Murphy’s Law in action.
Whilst I would normally just bring Challenger back solo as has been the style this season (5000Nm to date solo on Challenger!) this time we thought we would shake things up a little and I had the great luck to have Kathie (my partner & the other half of Spartan R/T) and Don Regan on board. Don has spent a lot of his time afloat on a Grampian 26 and more recently a larger Hunter on the Nova Scotian coast so he was a great asset to have on board. 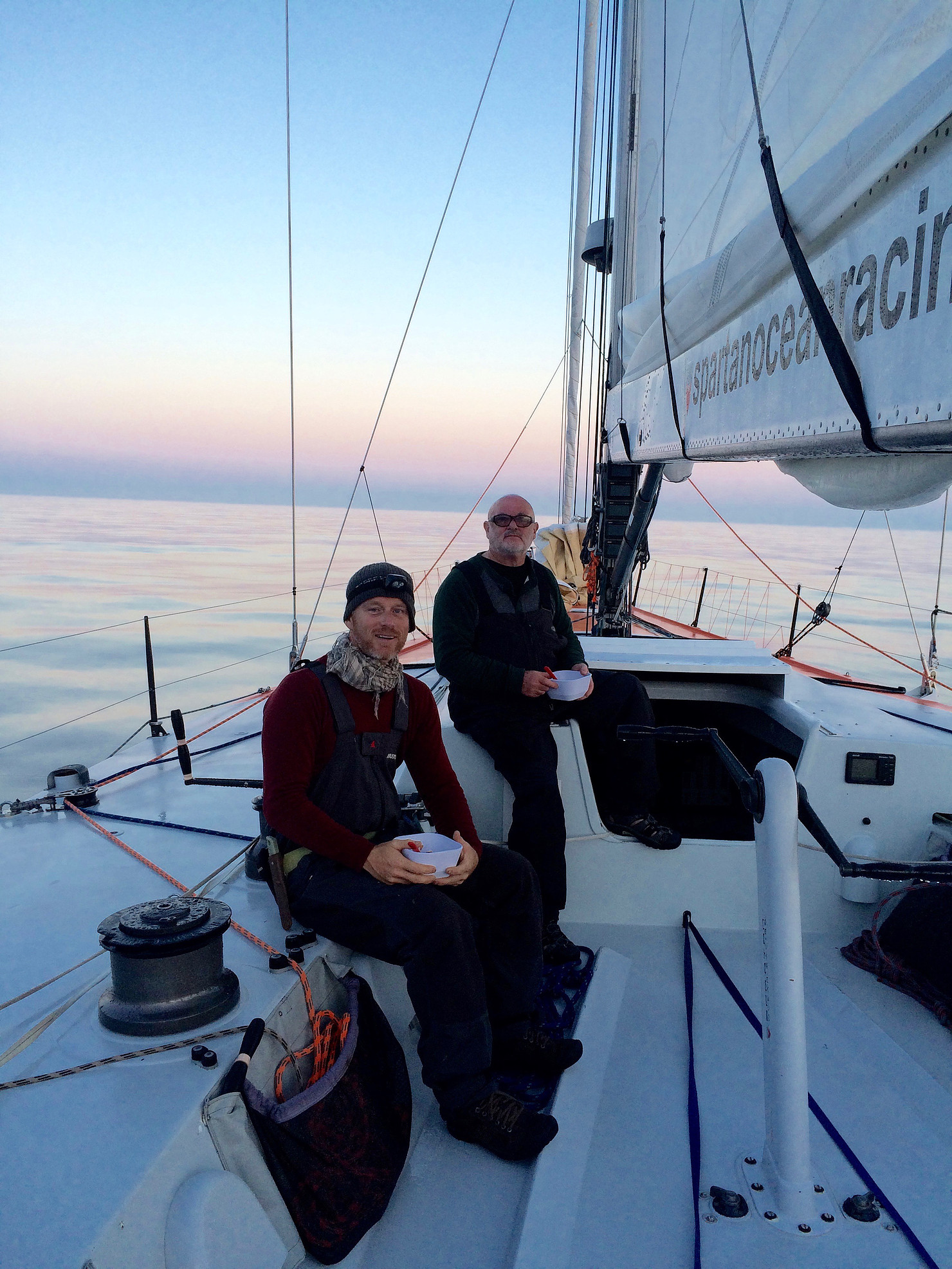 Coming on board Challenger was something of a change of scenery from him but he jumped right in and proved to be an excellent crewmate. Don & I handled the sailing while Kathie compiled a hit list of modifications we need to make to Challenger for the coming season- grab holds, floor chocks, move the galley, lighting etc. Its all too easy to just keep ‘working around’ issues on a boat and never see the wood for the trees. Kathie’s observations whilst being on board at sea (rather than our calm mooring in NS) in conjunction with all the excellent feedback we have received from our crews this season should allow us to move forward and grow in 2017- which is all any start up business can ask for right?
Don and I had our work cut out for the trip back though- the Fog which had lifted for our departure from St.Pierre soon closed back in as we drew South of the island and was a near constant companion once again all the way back to Halifax. The wind although directly against us at least had the decency to pipe down from the Gale we passed through on the way to St.Pierre leaving us with the necessity to carefully cajole a full sail plan into giving us decent speed in progressively lighter and lighter winds. The picture above was taken on the second morning when the wind had completely died and we had our breakfast in a weird world of perfectly flat water, far offshore, at dawn with fog banks drawn back momentarily.
With the assistance of the radar, AIS and chartplotter we safely navigated our way once again completely blind back down the Nova Scotian coast- I’m sure it is a supremely pretty part of the world judging from Don’s tales of gunk-holing in the many little rivers and harbours in his Grampian but my goodness it could all be a story from what I have seen- all I can confirm exists despite sailing it many times is Halifax, Sydney Cape Breton and St.Pierre. The rest I swear is just a grey nowhere with fog horns lowing from unseen buoys and the occasional fishing boat ghosting out of the fog 100 yards away.
Our thanks to Don who put in the long hours during the nights on watch allowing me some sleep for once – we look forward to sailing with you again soon Sir!