Challenger was originally designed for 12 professional sailors to push as hard as is humanly possible, far offshore at speeds in excess of 25kts. The fastest of her class (Illbruck) has covered 478Nm in a day (885km) and the fastest I have ever heard of a Whitbread or Volvo 60 going is 35kts.
So, there is no doubt that these boats have LEGS. But what happens when the crew is reduced to 1, the winds are light and a few problems have to be accepted and overcome? I found out in the last month when I brought Challenger back from the Caribbean to Nova Scotia, Canada solo.

I am no stranger to solo sailiing having already raced an open 60 around the world South of the 3 Capes but every departure from port solo brings with it a certain amount or trepidation and this last trip was no different. Lining up to pass under the bridge out of the lagoon in St. Maarten I pointed Challenger at the horizon and started to process all of the departure checks, food, spares, water, rig check, communications, you name it every splinter and rivet has to be accounted for and put in its place mentally and physically so every eventuality can be met and overcome should the need arise. It was with some degree of irritation that I was disturbed from my thoughts by a loud clunking noise from the propellor beneath me that was pushing me down the channel. A clunking that was then followed by the worst possible propellor noise. Absolute silence and the engine now humming amicably relieved of its load. It took a few minutes to get the headsail set and get Challenger steadied up in the now comfortably wide exit from the Bridge channel and a few more to check engine couplings and gearbox but very quickly the situation was made clear. The folding propellor had smashed its self to pieces for reasons unknown and I was now solely a wind powered craft. So what do you do? 1 mile from land, 1899Nm to go to Nova Scotia and a very tight schedule to try to adhere to to get to make a stop off in Newport, Rhode Island to ge the boat measured for her ORR certificate ahead of our upcoming event the Newport to Bermuda Race. Well, what would you do? Having sailed more miles than I’ve motored and knowing that I would never get a replacement sourced and fitted in anything under 4 days in the Caribbean I turned my bows North and went for it. Now, sailing Challneger solo is not as difficult as it may first seem. Since her days in the Whitbread Race she has been carefully modified to optimize her for short-handed and charter sailing. Now we sport a roller furling headsail, bowsprit, autopilot, semi permanent backstay arrangement and lazy jacks on the main. So apart from the cockpit being ‘team-sized’ rather than ‘solo-sized’ she is really quite a doddle to deal with. The weather all the way North to Bermuda was heaven sent- a ‘soldier’s wind’ (ie right on the beam) pushed me North and I made good time. Just South of the latitude of Bermuda however my luck ran out but in a different way to our previous escapades in that patch of ocean in February when we had 70+ kts to deal with. This time the wind died and died and died until in the end I was left totally windless, sails hanging absolutely slack and the water’s surface- 1000Nm from land, like glass.
Normally, obviously at this point the engine would come (unless we are racing) and off we go at 3000RPM, 6 kts and the Japanese water torture of the main engine begins. But this time with that option taken away from me, I found myself totally alone in the middle of no where and I just sat there and savoured the feeling of ‘aloneness’ as opposed to ‘loneliness’ and the incredible scale of my dislocation from well, everything. The wind stayed down for some 12 hrs through the early evening and into the night and I think it is a very long time since I have been on a boat and watched the sun go down and looked at the stars and been content with the situation not worrying about schedules and race results and trackers.
In the end of course the weather rolled back in and we pick up speed and started to make our way North again but looking back I find a fantastic silver lining in the apparently disasterous start to that trip which was only made possible by forging on rather than shying away when trouble came knocking. In the end I made it Newport and after the boys from Newport SEA TOW put me neatly against the dock all the measuring etc was completed on time as planned. No stress, no bother and a fantastic memory to take away from the trip. 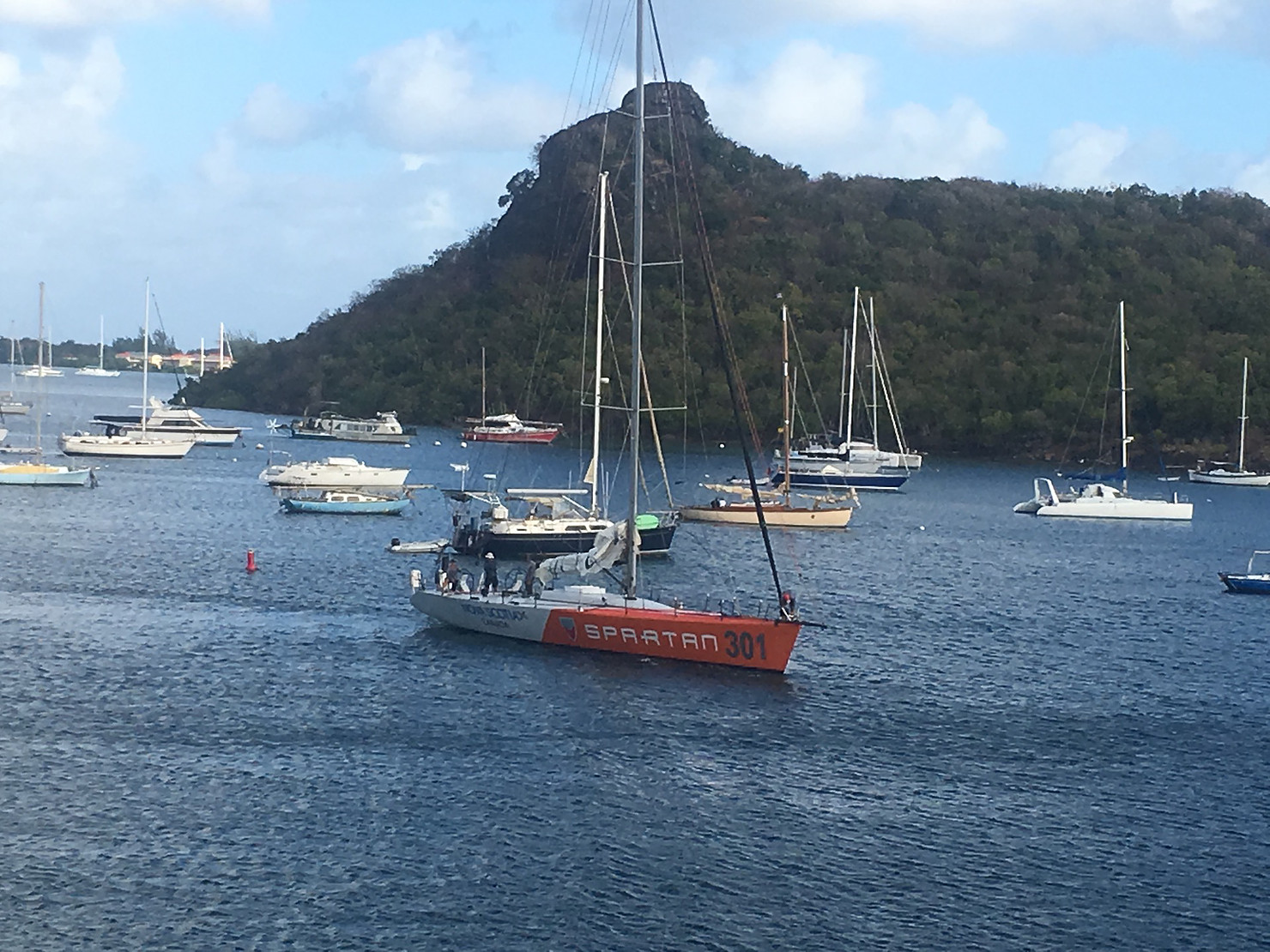